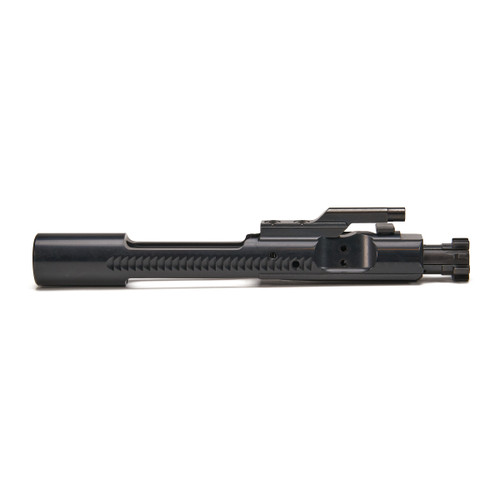 The .224 Valkyrie / 6.8 SPC II Bolt Carrier Group is completely assembled and ready for use in any AR15 or M16 rifle. Made specifically to work with rifles chambered in .224 Valkyrie and 6.8 SPC II calibers, the Bolt Carrier is made using Mil-Spec 8620 Steel for its toughness and strength with a black nitride coating for superior corrosion resistance and ease of cleaning. The Bolt is made of Mil-Spec Shot Peened Carpenter 158 which offers the best case hardening known for parts subject to heavy shock and wear.

A: This bolt carrier assembly will work with other companies .224 Valkyrie and 6.8 SPC II rifles and upper halves.